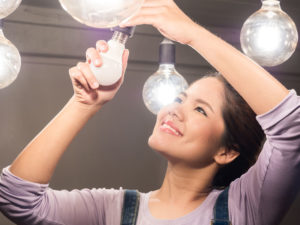 …According to Parker, homeowners could be convinced to invest in deep retrofits if the timing was right.

“The sad reality is everything breaks eventually,” he says. “Since, eventually, you have to replace it, you have a choice [about] what will you replace it with.”

…In order to make the window retrofits a better financial decision, FSEC chose to offer less expensive, durable “impact windows,” which had the side effect of being more efficient than “high efficiency” windows.

“With the window retrofit, we did impact windows instead of having windows that are more vulnerable to getting busted in high winds,” Fenaughty explains.

…According to Parker, these plans stalled, in part, due to the COVID-19 pandemic. At the end of the day, this portability to other states where these retrofits might be enacted more broadly would be the final marker of success.

“In my mind, successful research is where you actually end up changing something,” Parker says.